What Do Drug Manufacturing and Delivery Charges Mean 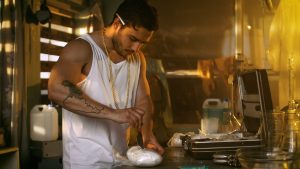 What is Drug Manufacturing and Delivery? Â

This means that if you grow marijuana plants legally in your state and have a license to sell marijuana through a dispensary, you can still be charged for drug manufacturing at the federal level. Due to the complexities between state and federal laws regarded marijuana, itâ€™s important to hire a drug crimes lawyer.

Penalties for Drug Manufacturing and Delivery

For defendants charged with a felony drug manufacturing, the penalties include at least one year in jail. In some cases, depending on other factors such as the criminal history of the defendant, a prison term of 10 years or more is possible.

For a misdemeanor drug manufacturing or delivery charge, penalties include a jail sentence of up to one year.

Factors in drug manufacturing and delivery include the type of drugs, the weight of the drugs, whether a gun was found, and the location of the manufacturing operation. Â

Although many people charged with drug manufacturing claim there was no intent to sell the drugs, circumstantial evidence often leads to a conviction.

Federal laws usually have steeper sentences than state laws. For example, if you are charged with growing 50 marijuana plants, at the federal level, you can be sentenced to five years in prison. If you have 1,000 or more plants, the sentence could be as high as 25 years.

A fine for drug manufacturing and delivery ranges from $2,000 for a misdemeanor to $50,000 or more for a felony charge. In New York, fines for a felony drug charge start at $5,000 and go as high as double the amount of profit the defendant made from the crime.

Also known as supervised release, probation can last from one year to several years. People on probation are assigned a probation officer and must follow strict rules such as no criminal activities, no drug use, getting a job, t and having a place to live. Random drug tests are also common.

There are states that also have the penalty of restitution in addition to fines. With a drug manufacturing charge, the defendant is expected to pay for any damage to a property used in the production of controlled substances. This includes the cleanup of a drug lab such as in the cases of producing meth and synthetic drugs.

Type and Weight of Manufactured Drugs

Penalties increase based on the type and quantity of a drug. The federal government classifies drugs into five categories or schedules. Schedule 1 is the most abused drugs such as heroin and marijuana. Schedule 2 drugs are cocaine and meth. Schedule 5 drugs are prescription drugs. In New York and other states, punishments are more severe if you are producing Schedule 1 drugs.

The weight of the drugs is also crucial in how you will be punished. State laws have different weight criteria. Generally, the more illegal drugs you produce, the longer the prison term. There are also mandatory minimum sentences based on the weight of the manufactured drug found in your possession.

With drug manufacturing and delivery charges, there may be enhancements that make your punishment even harsher. These enhance include manufacturing drugs in a school zone, or near a day care center or playground. Other enhancements are finding a firearm in your possession at the time of arrest, or selling drugs to children or pregnant woman. Your criminal past also plays a role. First time offenders get a lighter sentence than those who have previous convictions of drug manufacturing or delivery.

When facing drug manufacturing or delivery charges, there are a variety of defense that can help you avoid or reduce a prison sentence or fine.

One defense for drug manufacturing that is unique to other drug crimes is that the person charged has the license or permit to purchase, use, or be in possession of certain chemicals, such as a legitimate industrial factory.

Other defenses are relevant to many or all drug crimes such as:

Police misconduct or mistakes are also a defense such as:

Another possible defense is that the defendant was under duress to commit the crime, perhaps because of a threat to his safety.

A charge of drug manufacturing/delivery can have serious consequences, even if charged with a misdemeanor. You need to hire a knowledgeable and experienced criminal defense attorney, one who specializes in drug crimes. Find a drug crimes lawyer in your city today and get the legal counsel you need.