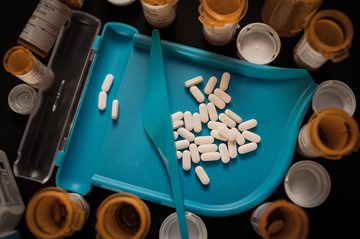 One drug in the news a lot is fentynal. Itâ€™s a synthetic opioid that is almost 100 times more powerful than morphine. As a prescription drug, itâ€™s used for pain management, but now the substance is growing in popularity as a recreational drug. If you or a family member has developed an addiction to fentynal, get help at a drug treatment facility. It could save your life.

Fentynal is a potent pain reliever, often used as anesthesia during surgery or for pain relief after surgery or to treat patients with advanced cancer. The drug has legitimate medical uses and is safe to use when prescribed and monitored by health care professionals. The drug is very effective in treating moderate-to-severe chronic pain. Fentynal is also prescribed when a patient has developed a tolerance to other opioids.

Drug dealers know how to manufacture illegal designer drugs known as fentynal analogsâ€“substances that are almost identical to the real drug. Fentynal is sometimes added to cocaine or heroin or substituted for heroin. These analog drugs are more powerful than prescription fentynal. Because fentynal is 50 times more powerful than heroin, this leads to an increasing number of overdoses and drug-related deaths. In most cases, drug abusers donâ€™t know what is in the illegal substances they are taking. This increases the risk of a fatal overdose.

CHARGED WITH A DRUG OFFENSE, BETTER FIND YOURSELF A GOOD LAWYER!

Although fentynal is fast acting within a few minutes, the duration is only about 30 to 90 minutes. However, everyone responds differently to fentynal. A personâ€™s weight, size, and experience with opioids affect how he responds to the drug.

With a prescription, fentynal is available in several forms. There are pills, injections, patches, lozenges, and nasal sprays. The illegal fentynal comes as a powder that is snorted, smoked or injected. The illicit drug is also available in pills, as eye drops and nasal sprays. Substance abusers who find discarded patches may even eat the gel or place it under their tongues to get high. Street names for fentynal include dance fever, China white, goodfella, shine, serial killer and jackpot,

Why is Fentynal Addictive

Fentynal quickly affects the brain. It binds to the bodyâ€™s opioid receptors and increases the amount of dopamine. The hormone gives feelings of happiness and well-being.

The effects of using fentynal are similar to those of heroin. These effects include the following:

As with any recreational drug, there is the risk of becoming addicted. Another issue with fentynal is that users quickly develop a tolerance. This means that users need higher doses and/or more frequent doses to get the same high.

For those addicted to fentynal, withdrawal symptoms begin about 12 hours after the last dose. These symptoms can last for seven days or longer and include vomiting, diarrhea, severe pain, chills, runny nose, insomnia, and both hot and cold flashes. A person may also feel agitated and anxious.

A fentynal overdose is also a real possibility, as is death. The symptoms of an overdose are shallow breathing, slow heart rate, dizziness, confusion, difficulty talking or walking, and cold, clammy skin. The treatment for an overdose is Naloxone, a drug that blocks opiates from binding with the brainâ€™s receptors.

Who Uses Fentynal as a Recreational Drug

Many people use fentynal responsibly to manage pain. But there are others who use the drug recreationally. Although all segments of society are facing fentynal addiction, the main users are men aged 25 o 44.

At the national level, there has been a dramatic increase in the number of opioid-related deaths involving fentynal. In 2010, 14.3% of deaths were related to fentynal. By 2017, the number had increased to 59%. Â Deaths are more likely to occur from taking illicit fentynal rather than the prescription drug.

New York also had a significant rise in fatal overdoses. According to the Centers for Disease Control, fentynal-related deaths in New York City increased by 3,000% from 2014 to 2017. Â In New York City, toxicology reports revealed that in the years 2000 to 2012, 2% of overdose deaths were due to fentynal. By 2017. fentynal contributed to 57% of overdose deaths. Â

There is also a possibility that fentynal-related deaths are being underreported due to many death certificates lacking toxicology findings. Also, itâ€™s hard to determine if a drug overdose was due to fentynal, heroin or a combination of drugs unless specific testing is requested at the time of autopsy.

Fentynal addiction is dangerous due to its high potency and potential for overdosing and death. The risks of fentynal are very serious, but with the assistance of a drug treatment program, you can get clean and sober. Learn about the many types of drug rehab clinics available for treating opioid drug addiction.