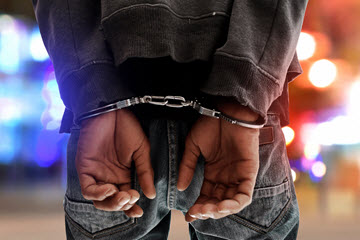 Have you or someone you know been arrested for drug dealing? The Department of Justice reports that 20% of all drug-related offences are the sale and manufacturing of illegal drugs. Having a small or large quantity of controlled substances in your possession with the intention of drug dealing is a serious crime in all jurisdictions.

What is the Definition of Drug Dealing?

At its simplest, drug dealing is the sale of illegal drugs. Drug dealing is also known as possession with intent to sell or distribute, and drug pushing. If you are found in possession of controlled substances such as marijuana, cocaine, meth, heroin, or illegally prescribed drugs, you will be arrested.

Drug dealing has a lot of variations. At one end of the spectrum are small time dealers who sell a small amount of illegal drugs to offset their own personal use. At the other end are the drug lords and kingpins who operate their drug trade as if it were a large, legitimate business. In all cases, state and federal laws view the selling of unlawful drugs as a crime.

Why Drug Dealing is a Felony

At both the federal and state levels, selling controlled substances is a felony. Only possessing tiny amounts of a controlled substance can be viewed as a misdemeanor, a less serious charge. For example, if you have a small quantity of illegal drugs for personal use it’s often a misdemeanor charge or even an infraction in states that have legalized marijuana.

There are five levels or classes of felonies in New York for selling controlled substances. A Class A felony is the most serious and has the most severe penalties.

The type of felony charge you receive is determined by a few factors such as type of drug. A federal statute classifies drugs into five schedules. Schedule 1 drugs, such as heroin and LSD, are considered the most dangerous because of the potential for addiction, while drugs in Schedules 4 and 5 are all prescription drugs that are taken illegally and without a valid prescription. The sale of some drugs, such as heroin,  can automatically raise the felony class.

The amount of controlled substances found in your possession is also important. Usually, the quantity of illegal drugs over certain amounts will determine what level of felony you are charged with. Your criminal history also has impact. First-time offenders get lower charges than second- or third-time offenders.

When you have been arrested for drug dealing, you can face state or federal charges. Every state has it own set of laws regarding drugs selling, and they are different from the federal laws for drug selling. In most cases, you will be charged by the laws of the state in which the drug sale took place. However, if the drug sale took place on federal land, such as a national park or military base, or if any part of the drug sale involved crossing state lines or international borders, federal laws usually apply.

Many states and the federal government also have mandatory minimum sentences for drug dealing convictions. Mandatory minimums require a defendant to serve a prison term of a certain length of time. For example, in New York, if you are charged with selling ½ ounce or more of heroine, this is a Class A-ll felony and you can spend three to 12 years in prison even if it’s your first offense. If you are charged with intent to sell at the federal level, you face a minimum of 10 years in prison if you have a criminal past.

Information About Drug Possession and The Law

New York is known for having tough drug laws. All convictions for drug dealing charges are felonies. The penalties for drug dealing include a jail or prison sentence, fines, and probation. Which punishment you receive depends on the type of felony you are charged with such as a Class A felony or a Class E felony.

The mandatory minimum of either state or federal paws may be imposed if, for example, the defendant also had possession of a firearm at the time of arrest. Illegal gun possession is another serious charge and is often a felony as well.

Other activities or circumstances, such as selling illegal drugs to children under the age of 21, or selling to pregnant women, or selling drugs within a certain distance of a school or day care center may lead to additional charges being filed against you. Federal law imposes a minimum prison sentence for these types of drug related crimes.

An experienced criminal defense attorney will use the best defense strategies for your situation. For small amounts of illegal drugs found in your possession, the most common defense is that the drugs were not for sale, but were for your personal use. Any defendant under the age of 16 arrested for drug dealing has the defense of infancy.

When large quantities of controlled substances are found in your possession, there are other possible defenses such as the drugs were not yours, you did not know the drugs were in the vehicle you were in, the drugs were planted, you were with drug dealers but not selling drugs yourself, or the drugs you thought you were selling turned out to be something else like baking soda.

Another defense is that you were under duress and were coerced into drug dealing due to threats on your life or those of family members. If you were arrested based on someone claiming you were a drug dealer, you can state that the person is lying.

With the right defense, the charges may be dropped, you could get a good plea agreement, or your trial ends in an acquittal.

Being charged with drug dealing means you are facing a lengthy jail sentence. You need legal counsel that specializes in drug-related crimes. With a knowledgeable criminal defense attorney working on your behalf, you can expect the best deal possible for your individual circumstances. Find a drug crimes lawyer in your area today.