richardmillereplica for men. best patekphilippe.to would be the initially to develop a finish watch business.. predicting and / or using the style for the intervals can be described as have in luxury perfectwatches. cheap youngsexdoll.com represents distinctive concept of minimalism. perfect swiss diamond painting even more amazing.
Categories
Pages

What Is Cash Bail? 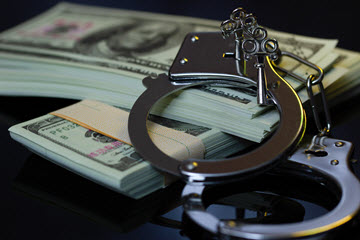 What Does the Law Change?

The new law removes virtually all references to cash from criminal procedure law and creates new rules for pretrial release that do not involve considerations of payment of bail. Judges still have latitude to grant bail, including monetary bail in some cases, but they are much more constrained when it comes to requiring cash bail.

Whether or not a defendant may be released on bail now depends largely on the severity of the crimes they are charged with. Those arrested for less serious crimes such as most misdemeanors and nonviolent felonies are generally not required to pay bail. They may be released on their own recognizance. Alternatively, they may be subject to measures intended to ensure they return to court for the next phase of their trial. These measures may include regular check-ins with the court or pretrial supervision. Some charges are considered serious enough to continue requiring bail payment. For example, crimes including sexual and domestic abuse and violent felonies may still require bail for a judge to grant pretrial release.

3 Effects of the Law

Next Steps for Defendants

Those facing criminal charges should call an experienced criminal defense attorney as soon as possible to ensure bail is granted whenever possible and all facets of the case are addressed early and effectively. A good defense lawyer will offer peace of mind and an effective path to guide the case forward to secure the best possible resolution.