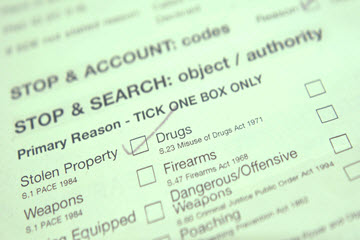 If you are charged or even believe you are about to be charged with a criminal drug offense, either possession, possession with intent to distribute, or the actual distribution of illegal drugs, typically called “trafficking,” you need a lawyer. No ifs ands or buts about it. Whether your case ever reaches the stage of going to trial depends on many things, but every experienced criminal lawyer takes on your case and prepares as if it will go to trial. Drug offense cases often fall into different categories, such as street observations, search and seizure of motor vehicles after a traffic stop, coordinated drug raids after extensive investigation; every case is dependent on its own particular facts and circumstances. An important part of your attorney’s role will be to learn all the pertinent facts about your case so the best possible defense can be prepared on your behalf. Here are some concepts and principles to inform you of how your attorney can successfully defend you.

Drug offenses invariably involve an element of possession and the most important evidence is the drugs in question. Eventually it will be the burden of the prosecution to convince a judge and jury that on a certain date and at a certain place you possessed drugs. The quantity of the drugs will also bear heavily on whether you can be successfully prosecuted for intended or actual trafficking of the drugs.

One of the first things a criminal lawyer does in a drug case is to focus on the manner the drugs in question were seized by the police to determine if your Fourth Amendment constitutional right to be protected from unreasonable search and seizure has been violated. If such a violation occurred, it is likely that the evidence against you – the seized drugs – can be suppressed and the charges dismissed without the necessity of a trial.

Never assume the police had the right to conduct a search. Your criminal defense lawyer knows and understands all the relevant aspects of this complicated area of law and will assuredly exploit them to your advantage.

A second constitutional defense is the Fifth Amendment protection against self-incrimination. This involves the famous Miranda decision. If police fail to properlyadvise you of your legal rights about remaining silent at the time of your arrest or while in custody and you say anything that might be regarded as an admission of your guilt, your lawyer may assert your Fifth Amendment rights and suppress any incriminating thing you may have said.

The prosecution must prove that you actually possessed the offending drugs for which you are being prosecuted. Possession is a tricky concept and can involve all types of issues. Often drugs are found in the trunk of a car, or in a closet of a dwelling occupied by more than one person. There are certain issues of “constructive possession” by which actual possession can be imputed to you. Your lawyer will be familiar with all these issues and pursue them on your behalf.

Very often drug possession and drug trafficking cases involve the damaging testimony of others who may have informed the police of your involvement in criminal activity or witnessed your conduct. Such witnesses may have pure motives, or they may be downright liars. Your attorney will be able to learn about every aspect of how testimony intended to be used against you was obtained and the specifics of any incentive witnesses may have to give false testimony against you. All of this will be explored well before trial and, if a trial is necessary, your lawyer will exercise your Sixth Amendment right to confront those witnesses in court and cross-examine them about all aspects of their involvement in your case.

When drugs are seized police must follow strict procedures to make certain that the drugs that ultimately are introduced into evidence at trial are the same drugs the defendant is accused of possessing or trafficking. Your lawyer will know whether the drugs in your case were properly safeguarded and the chain of custody procedures were scrupulously followed.

It cannot be taken for granted that the “drug” that is the subject of a criminal prosecution is actually an unlawful substance as defined by the law. The prosecution has the burden of scientifically testing and then proving by expert testimony that the substance in evidence is a prohibited drug. Often this aspect of the case is conceded (or stipulated to), and such testimony is not required, but this is a defense that will be fully explored on your behalf by an experienced criminal lawyer.

Knowledge of the Nature of the Drug and It’s Presence

“Knowingly” is a word that is a part of the charges against you. The prosecution must prove that you knew the nature of the substance you are accused of possessing and you knew of its presence. Lack of knowledge of either of these aspects is a valid defense. People are often duped or used, and thereby placed in circumstance that they did not know, for instance, what was in the trunk or in the closet.

Entrapment is a defense often implicated when informants or undercover agents are involved. Sometimes the police induce someone to possess or sell drugs under circumstances where that person was not really of a mind to commit such a crime and were pressured into it. It is a difficult defense to prove, but nevertheless a valid and available defense in some circumstances. The defendant has the burden in an entrapment defense case to prove that he or she would not have committed the crime unless they were pressured into it. It is not enough to simply say, “I was set up.”

TIME IS OF THE ESSENSE – If you need a lawyer, engage one. The stakes are high and the strategic decisions about the defense of a criminal case are time sensitive.